What is the history of CoolSculpting?

CoolSculpting has received overwhelming recognition over the past few years. As the “cool” way to remove stubborn fat that can’t be eliminated with diet and exercise alone, it’s no wonder.

CoolSculpting is based on the science of cryolipolysis, which oddly enough was first discovered when someone observed that children who ate lots of popsicles developed dimples. However, this adorable start was only the beginning. Dimples are the result of the reduction of fat. The fat inside those little cheeks was more sensitive to the prolonged cold than the skin around it. From this, scientists got to work replicating this “popsicle effect” in a lab to eliminate fat and contour other parts of the body. And CoolScuplting was born.

Liposuction sucks out the fat. CoolSculpting, on the other hand, safely destroys targeted fat cells under the skin, which prompts your lymphatic system to remove them naturally.

Because it’s so gentle, you don’t need anesthesia or recovery time.  Additionally, CoolSculpting is cost-effective with no surgery fee, anesthesia fee, or operating room. Each session is in a medspa setting.

Gentleness and CoolSculpting go hand in hand, so many feel no discomfort. The patented device uses suction to pull fat closer to the skin, so the procedure destroys more fat with each session. The coolness numbs the skin, reducing any discomfort it might otherwise cause.

Will CoolSculpting Help Me Lose Weight?

Fat is actually very lightweight compared to lean tissues, so the scale may not budge. CoolScultpting can, however, reduce your body fat percentage, which is what you probably want anyway. Studies have shown that one treatment removes up to 25 percent in the target area. You’ll notice is that clothes fit better and your natural contours are more defined.

Who Is a Good Candidate?

CoolSculpting works best for people close to their ideal weight who see pockets of fat in certain areas that persist despite exercise and diet. This individual already eats a mostly healthy diet, exercises regularly, and is in good to excellent health.

How Long Do Results Take?

As stated, CoolSculting works with your body’s natural elimination system, so after a session your body will identify the damaged fat cells and remove them. With that said, some people can see a difference immediately, and it gets even better over the next 12 weeks. For others, it’s more of a feel of clothes fitting better, but with multiple sessions, results become more visible.

CoolSculpting is long-lasting. Just continue to eat well and exercise. While the fat cells are gone, others can come in to replace them. However, you can maintain this New You indefinitely by making smart lifestyle choices.

Are There Any Risks to Coolsculpting?

CoolSculpting is non-invasive, so risks are very low compared to weight loss surgery. Rarely, patients experience prolonged skin numbness that may last several weeks, but this causes no long-term damage.

When Is The Best Time to Get Treatment?

Ideally, you’ll start CoolSculting three to six months before an event, but if you’re like most people who want to look and feel better year-round, anytime is a great time to discover a new you through CoolSculpting

More Posts You May Find Interesting 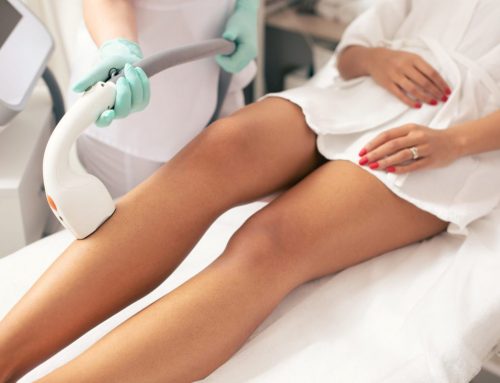