When it comes to permanent hair removal, most people trust laser treatments to get results, so it’s no wonder the industry expands every year.

But the method so many turn to is probably younger than you think. The FDA first approved it in 1997. However, its story began long before that.

The History of Hair Removal

The Ancient Egyptians: In this culture, more civilized people, usually those of means, attempted to take on unruly beards on men and body hair on women. To this end, they used tweezers crafted from seashells as well as bronze razors and a wax made from lemon juice, water, and sugar, which is today known as sugaring.

The Persians: Similarly, the Persians (in what is now considered the Middle East) used threading over 5000 years ago, and some still use it today.

16th Century Europe: A large forehead was a sign of beauty, so women removed their eyebrows by shaving or waxing, followed by a concoction of walnut oil and vinegar. By some accounts, cat feces were also part of the mix.

Almost-Modern Times: Jean Jacques Perret invented the first straight razor in 1760, and over 100 years later, King Camp Gillette innovated the modern handle razor in 1880, intended for men. Women didn’t get a razor until 1915, around the time women got the right to vote in the U.S.

Albert Einstein: He theorized about the possibility for laser technology, and invented its predecessor, a maser (Microwave Amplification by Stimulated Emission of Radiation) in 1953.

Theodore Maiman, “the father of the electro-optics industry”: He focused on improving the Maser in the ’60s by creating short-wave light. Nature published an article about his invention, but scientists didn’t truly understand the power of his innovation, with some joking that it was a solution without a problem.

But around this time, some had hair removal in mind. However, lasers of the time burned the skin nixxing that idea.

The YAG Laser: The FDA approved the YAG, a gentler laser, in 1964 for hair removal, but it was too gentle, so results were temporary.

Known as the “laser pioneer”, Dr. Anderson and his colleage at Harvard Medical School finally cracked the code to create a laser that was both safe and could get permanent results.  Dr. Grossman who suggested that they tackle this decades-old problem, And, together they experimented and developed the next step in hair removal evolution in 1994.

The device directed intense light into a hair follicle, destroying it without damaging the surrounding skin. The FDA approved the procedure in 1997, although the technology has continued to advance since that time.

Today, laser hair removal can reduce hair growth in an area by as much as 95%. The early issues of treating people with darker skin have since been solved through laser science, and lasers are gentler than ever before. We can expect more great things to come. In the future, we may see laser hair removal in fewer sessions since, at this time, the average person needs four to eight visits. At-home devices may even be on the horizon as laser gets safer for the average person to use.

We look forward to seeing how laser technology will continue to develop and encourage you to discover permanent laser hair removal for yourself.

More Posts You May Find Interesting 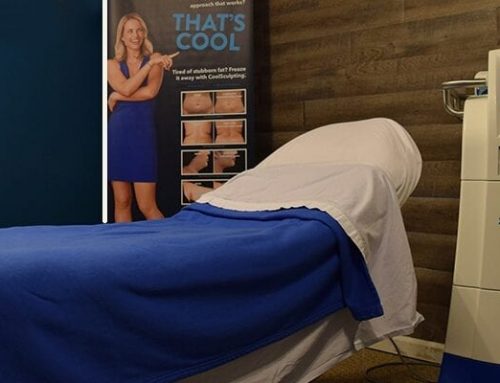